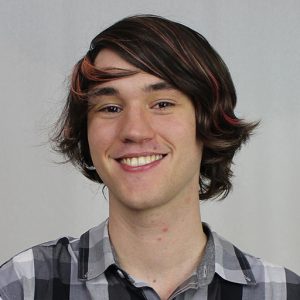 Cameron is a WordPress developer based in the Gold Coast, working for an agency and developing WordPress plugins as a side gig.

We talk to him about Facebook Page Plugin, his newer PRO effort – Social Share – and pick his brain on a few more related topics.

To get started, tell us who you are and what you do?

I’m Cameron, a WordPress developer from the Gold Coast. I work as a web developer for Digital Makers (digitalmakers.io), and I also run a WordPress plugin store called Mongoose Marketplace.

Outside of WordPress, I play for local cricket and AFL clubs and I have a teenager at home to take care of.

What kind of development work do you specialise in and what kind of projects do you like to work on the most?

I specialise in developing with WordPress, and in particular building plugins. I enjoy building things from scratch and I really love working with REST APIs. Due to the nature of client work, I spend most of my time doing front end work, but I actually prefer backend development working with PHP and data architecture.

Tell us about the project you are most proud of

That’s a really good question. My Facebook Page Plugin is something I’m very proud of, with more than 30,000 active installs, which is quite amazing considering it was just this little thing I made for a website I was building that I decided to release to the world. That said, the project I’m most proud of would have been a restaurant franchise whose website I fixed up. It had been developed quite poorly and I spent a lot of time auditing and optimising the information architecture of the site, and introduced a number of custom post types and taxonomies to optimise the management of their menus. My work resulted in significant improvement in search engine rankings for the client so it’s probably the project I’m most proud of.

I actually did a meetup presentation a few years ago on this very subject, so if you want some more tips on performance optimisation you can view my presentation “Add Some Ninja To Your Website” on SlideShare and SpeakerDeck

Your Facebook Page Plugin has been downloaded 200,000 times, features more than 30,000 active installs and great feedback. How do you get a return on your time spent developing and maintaining it when you’re giving a quality product away for free?

The success of my Facebook Page Plugin was entirely unexpected, and those numbers are something I’m very proud of. I have Patreon and Ko-Fi pages that I’ve received a couple of donations through, but from a financial perspective, there hasn’t really been any return for the time I’ve invested in it. However, it has been beneficial in other ways. Initially, I learned a lot about how WordPress plugins work, and I’ve been able to use what I’ve learned to my premium plugins and my client based work. Now it mainly just serves as a portfolio piece. I have a few ideas I’d love to implement for it but unfortunately being free it is hard to spend time on it over other for-profit projects.

Your other plugin, Social Share, is priced at $36 USD and no free version on offer, so a different strategy altogether. How is it working out and were you able to leverage your success with the Facebook plugin to promote Social Share?

I decided to start selling my new plugins instead of distributing them for free because I found myself in an unfortunate situation where I didn’t have the time to work on both client work and my plugins, and I obviously had to prioritise the client work over my plugin development even though I prefer working on my plugins. So I decided to pivot and focus on both earning money and doing what I enjoy most.

The way I approach building plugins is to focus on one thing and do it really well. While this means that it’s usually a quality plugin, it also makes it difficult to adapt to a freemium model.

You’ve set up Mongoose Marketplace to sell your plugins. Can you tell us how you’ve set the site up and what are your longer-term goals for it?

Mongoose Marketplace is my new website that I’ve set up to sell my plugins from. I’m using Easy Digital Downloads for the eCommerce plugin to sell the plugins, along with the Recurring Payments and Software Licensing extensions. I’ve also set up a support ticket system built on top of Gravity Forms.

Longer term, I’m planning on selling more plugins, a fancy new site design and starting a podcast. Once the new design is live, I’ll be starting to ramp up my marketing efforts.

What’s your take on Gutenberg now that it has been officially released and WordPress 5.1 is around the corner?

I see Gutenberg as a major turning point for WordPress. I do like the new editor and I’m using Gutenberg on a number of sites, but I also feel like it’s lacking in a lot of ways. Gutenberg is too complex for very basic blog writing, and not advanced enough to substitute for an established page builder or custom development, so I’m not convinced Gutenberg provides an improved editing experience for the majority of users just yet.

There was also a lack of transparency around how the project was directed, and it has left many people disillusioned and alienated by the WordPress leadership team which is disappointing. It’ll continue to improve no doubt, and the roadmap for the future phases is very exciting. I love the potential that it has but I’m not convinced that it’s executed as well as it should be.

You’re active in the WordPress community and have been interviewed on podcasts, as well as attending / organising events and speaking at them. How important is doing this for a freelancer, considering that many devs tend to be a tad introverted?

Yeah, I’ve been pretty active in the WordPress community around Australia. As an introvert myself, I’ve found it very helpful for my career. I’ve made some really good friends in the community and it’s directly led to a couple of employment opportunities.

Freelancing can be quite lonely so getting around like-minded people, even if you’re not speaking or organising, can be really useful for building up a support network who understand what it’s like working in the industry. It can be difficult to find time to get to networking events, I put it off for a long time, but it’s definitely worth it.

To conclude, what’s on your roadmap for the next 12 months? Will you be releasing any new plugins?

I certainly plan to release new plugins within the next year. I’m expecting to release at least 3 more in 2019. The next one to be released will be the “Did you find this post useful?” feature you can see on my blog. I also have a couple of Gravity Forms extensions in the works.

You can also expect to find me at most upcoming Australian WordCamps, and stay tuned to my blog for regular WordPress development tips and tutorials.