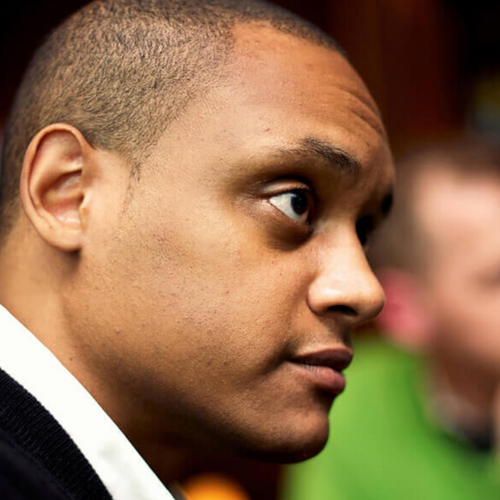 W3 Total Cache has lived up to its users’ high expectations as a WordPress caching plugin but there are still improvements on the way, says the creator himself.

With more than a million active installs, W3 Total Cache, is indeed one of the most trusted and feature-rich plugins for WordPress website performance optimization. It can significantly speed up your site’s loading time, improving user’s experience, conversion, etc.

W3 Total Cache is created by Frederick Townes as a product of W3 Edge, a web-based business he also founded. Lucky for us, he agreed to give us the inside scoop about this premium caching tool and some tips on optimization which you need to take note of.

Tell us about yourself, your background and what keeps you busy nowadays?

I’m from the Midwest, had my higher education in Boston, Massachusetts. I’m passionate about various outdoor sports and activities with one exception – squash. My last company was Placester, which makes growth tools for real estate professionals.

Since leaving my last venture, I’ve been able to focus on some amazing new features that were in the backlog sometime.

How did you come up with W3 Total Cache? What does it do? Will new features be developed?

The W3 Total Cache project was born out of a failed attempt to collaborate on an existing caching project. As the Founding CTO of mashable.com, I’d bumped into numerous scale bottlenecks at various levels of the software stack. I needed a way to test scenarios, create policies, and simplify dependencies. So, I began working on a framework to do exactly that. Once I began to have some traction, I decided to add contributors to the team to help with the various aspects of the software development lifecycle.

The vision of the project is to be the framework that allows you focus on content and user experiences you want to deliver rather than how to scale. Since the creation of the project, many WordPress-specific hosts have emerged, but there’s no one fits all solution every project, so we feel W3 Total Cache still has its place and as a framework supports scenarios that spread WordPress-specific hosts thin.

Anyway, by transparently managing the complexities of various policies that you can set for numerous architectures you may have in your hosting environment, we make WordPress a better-behaved app in a multi-app world.

In terms of new features, we’re currently working on improvements to the user interface as well as our minification engine. We also have some interesting partnerships that will deliver great value to publishers. Performance is a key pillar in driving revenue and engagement in web apps. So, we consider W3 Total Cache to be a search engine and conversion rate optimization tool that publishers or marketers should deeply care about and include in their “growth stack.”

W3 Total Cache has over a million active installations already. What do you think makes the plugin stand out from other optimization tools?

The effort we put into logging into every site and server that had a bug report, to learn about how users were using WordPress for their needs and then creating intelligent behaviours and settings for publishers to use was the key. Frequently, the project is criticized for having too many features or too many options. Our approach in helping publishers scale is contrarian compared to other projects.

Here’s what I mean, we needed to provide the best set of options for common use cases, but also allow for edge cases in order to maximize adoption. So, the compromise that we made was that the defaults were “sane” and deliver a ten times improvement in performance out-of-the-box for common hosting environment scenarios. If you want to dial-in any other optimizations, you can do that once the basics are covered.

We’re quite proud of that because very few things in life have a 10x return on investment and I’m not aware of any that do that for free, let alone in a few minutes. Going forward, we can take what we’ve learned and made the experience even easier for users as we work towards the final release.

What’s your advice when it comes to WordPress website optimization?

Try not to over-optimize. Having a perfect Web Page Test or Google Page Speed score won’t translate into more visitors or revenue. Take the time or ask for help to understand when to stop optimizing prior to diminishing returns. Similarly, the hosting partner you pick won’t ever know your business as well as you do, so it makes sense to take some time to learn some of the basic concepts in performance, just like many of us learn about search engine optimization (SEO), CRO, or SMO et al.

If you get stuck, there are tons of terrific web professionals in the ecosystem looking to support you. We need the help of those professionals to scale as well as to help publishers with their diverse needs and scenarios.

What’s W3-Edge roadmap this 2018? Any new products to be released soon?

We do have a new premium offering that we’ve been testing with partners for scale and reliability. We’ve done user research and feel that it will be very well-received with publishers interested in getting the most out of their SEO efforts. That’s all I can share for now!